This week Maple Run Unified School District (MRUSD) third and fourth graders got a real treat. Thanks to the efforts of BFA’s Susan Palmer and some of her incredibly talented actors, our young students were able to take a trip over to BFA and watch a theatrical performance. The play was a one act play titled This Girl Laughs, This Girl Cries, This Girl Does Nothing.

Just after lunch St. Albans City School students poured out of the building to board the buses. Students spent time before the play engaged in companion workshops lead by Ms. Palmer, focusing on what it means to be an actor and some of the tools that performers use on a stage. They were given the chance to explore some of these tools. For a short time our students became animals, trees, used their bodies to create shapes and explore the spaces an actor works in on a stage. St. Albans City School students poured into the theatre and took their places along with the St. Albans Town Education Center and Fairfield Community School students.

The energy was high and the place was packed and quite loud. That stopped the second the lights went down. The theatre was silent until the laughter and the murmurs of surprise started to circulate. From the halls outside it would have been hard to believe that there were several hundred third and fourth graders just a few feet away.

Students coming out of the performance were eager to talk of their experiences. They were thrilled to have known some of the players as former St. Albans City School students. Collaboration between schools allows teachers and older students to serve as mentors, models, and resources for the younger students. Who knows how many students may now be considering taking to the stage on their own, or even just trying to follow their hearts as those in the play did? It is a truly supportive and caring community where our older students share their passion with the younger. MRUSD students are fortunate indeed.
​
Courtesy of St. Albans City School 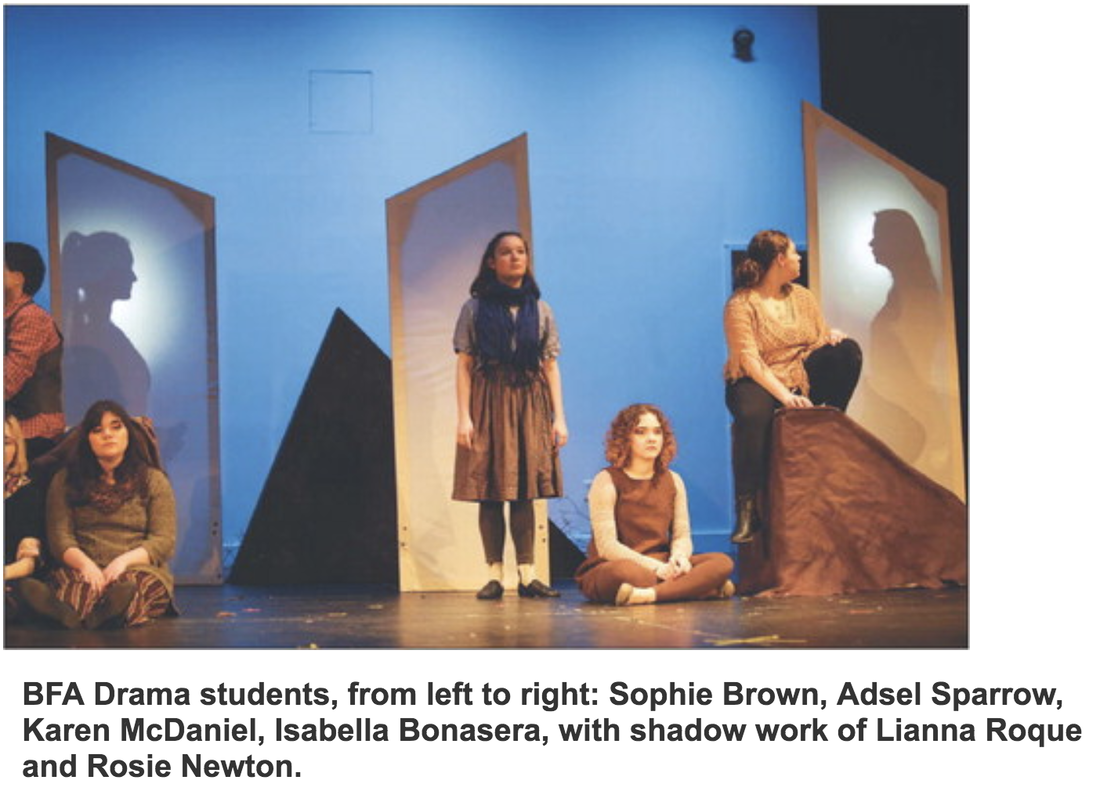