Basketball players from city school, town school, Fairfield and Georgia Schools were invited to attend the two evening events. SATEC hosted on Jan. 29, for eighth graders, and city school on Feb. 6, for seventh graders. BFA varsity players worked as assistant coaches and led warm ups and drills so the boys could experience a varsity practice.

The boys worked well together, were respectful of their peers and coaches, and had a great time learning some new skills and making some new connections.

The clinics focused on defensive and offensive principles, competitions, and team building. This exercise helped to open up the boys to basketball at the high school level and let them know what they might see as they move on. Coach Toof spoke to the boys about some of the hangups he sees at the seventh and eighth grade levels, and encouraged them to start to read the defense and adjust passes and cuts accordingly. “We’ve got to play basketball with our brains and read the situation,” Toof said.

He had the Varsity players run through different defensive and offensive scenarios and then had the seventh and eighth graders follow suit.

During the second half of the clinic, the students from the different schools were mixed together and split into four smaller teams where each Varsity player served as coach. Chatter stayed positive as the high school students worked to encourage the middle school boys to remember some ofthe new skills they had just practiced. A few parents and coaches gathered to watch and helped to officiate the scrimmages. This cross district effort was appreciated by the students who participated, and will be something that we plan to offer again in the future.

Coach Toof ended the clinic by speaking to the boys about opportunities within the community for game and skill improvement. He then asked them to choose one skill to take away from the clinic and apply it immediately to their game. He offered some general tips for the players as they grow as individuals and teammates. “You want to catch a coaches attention? Be the guy that communicates, be a leader out there,” he advised.

We would like to thank Matt Toof for spending some time with our students as well as the BFA players who came out and worked with our students in such a meaningful way. The entire BFA Varsity team worked with the eighth graders at SATEC. Four players, senior Danny Reyome, senior Andrew Billings, senior Cameron Bushey, and sophomore Taylor Yates, worked with the seventh graders. We would also like to thank the other schools who sent their players and coaches to participate.

Alisha Sawyer is the Director of School Enrichment at St. Albans City School. 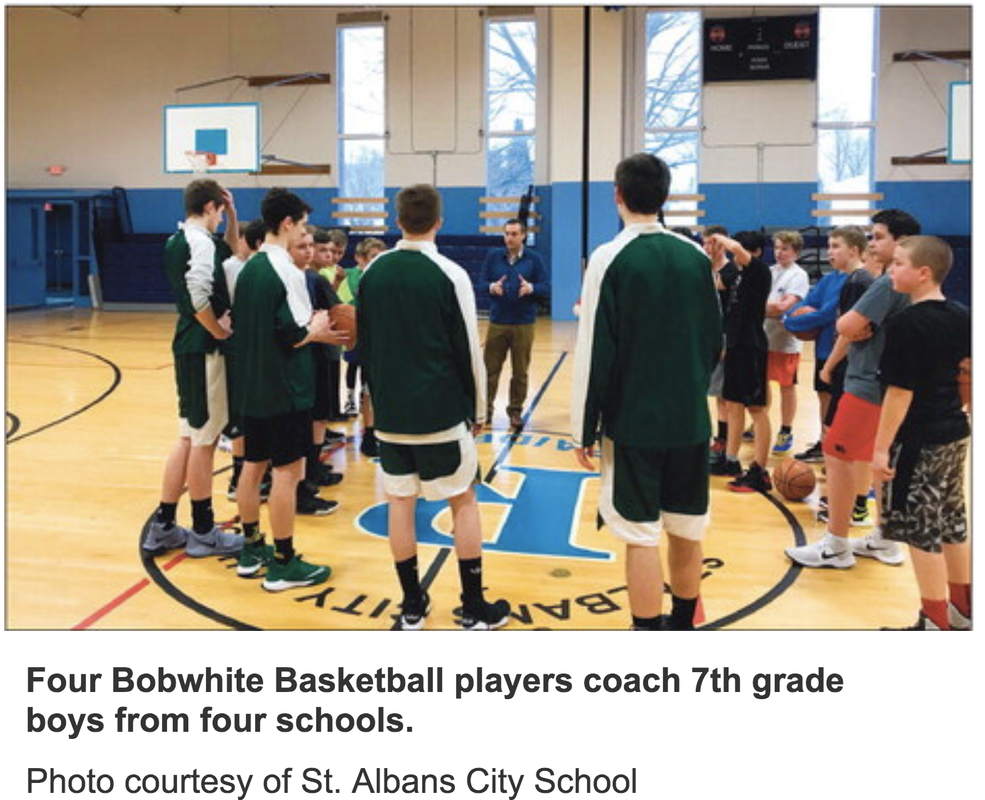